The ultimate high-end, luxury playing cards are the perfect gift and an amazing piece of art, now on sale at our playing card shop!

In stock
€9.95
Add to Compare
Details

There's no Hollywood history without The Hollywood Roosevelt.
The Hollywood Roosevelt is a historic landmark and legendary hotel dating back to 1927. In its early years, the hotel played host to countless icons: Marilyn Monroe, Charlie Chaplin, and Clark Gable. It's served as inspiration for filmmakers and creatives who set their movies within this storybook backdrop.

History in the palm of your hand.
The Hollywood Roosevelt playing cards were produced in collaboration with The Hollywood Roosevelt Hotel in Los Angeles, California in the Unites States. The vision was to create a deck of cards that would honor its style and history, and celebrate a new modern era. The result is an exquisite blend of elegance and class.

Experience The Magic Show
The Magic Show is an intimate performance in a hidden, unmarked theater at The Hollywood Roosevelt starring Franco Pascali. Once inside, you’ll experience magic and genuine astonishment unlike anything you’ve seen before.

Made in the USA at the United States Playing Card Company with FSC-certified paper derived from sustainable forests, using vegetable-based inks and starch-based laminates. Each Hollywood deck by theory11 has 56 poker size cards including 2 Jokers + 1 theory11 advertisement card and 1 double backer card. 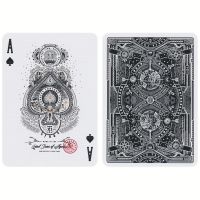 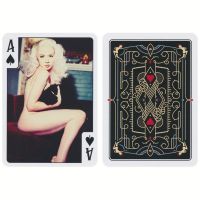 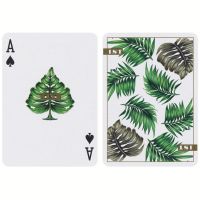 1ST Playing Cards V3
€29.95
Categories
Compare Products
Compare
Clear All
You have no items to compare.
Sign up for our FREE newsletter!
Newsletter