Be the first to review this product
Brand:Expert Playing Card Company

Legend has it that storied cowboy and gambler Wild Bill Hickok was holding Aces and Eights when he was shot in the back during a Five Card Draw poker game in 1876, a poker hand that became known as the Dead Man’s Hand.

Every Dead Man’s Deck comes with a commemorative musket ball lodged into the scorched bullet hole and is a must-have addition to any playing card collection.

In 1876 legendary cowboy and gambler Wild Bill Hickok was playing poker in Deadwood, Dakota Territory in the United States of America. He was shot in the back before he could play his hand... and legend has it that he held Aces and Eights: The Dead Man's Hand. We celebrate the legacy of Wild Bill Hickok and the gambling lore of the Wild West with The Dead Man's Deck playing cards. This beautiful poker deck is filled with details surrounding Wild Bill and his storied past. The deck's design is true to the time period, with an ornate, grey pattern and old-style faces. And of course, the Aces and Eights are, well, bloody. The defining feature of these Dead Man's Deck Playing Cards, though, is that it has a bullet hole shot right through the middle of it, along with a commemorative musket ball lodged in the hole. Every Dead Man's Deck comes with this musket ball and a scorched bullet hole through the entire poker deck.

THE DEAD MAN’S DECK: AA88
James “Wild Bill” Hickok is one of the most celebrated figures in the American West. Recognized as a Civil War veteran and renowned gunfighter, Hickok was most famous for his card playing skills. On August 2 1876, Hickok was playing the card game five-card stud poker when he was shot in the back. He was holding two pairs: black aces and black eights as his “up cards" and this poker hand has become known all over the world as the Dead Man’s Hand. This is the Dead Man’s Deck: AsAc8s8c.

Now, you can relive the illustrious tales of Wild Bill Hickok and gambling in the Wild Wild West with the stunning Dead Man’s Deck. This limited edition, collectors deck of playing cards has been modeled after the one Wild Bill Hickok was using on that fateful day with its worn-look and vintage-style faces. James "Wild Bill" Hickok was admitted to the Poker Hall of Fame in 1979. 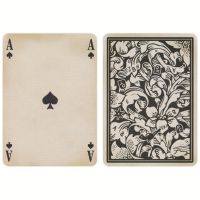 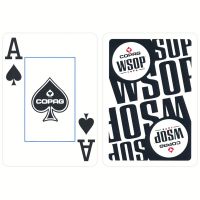 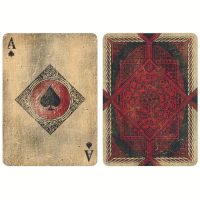 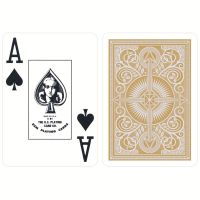